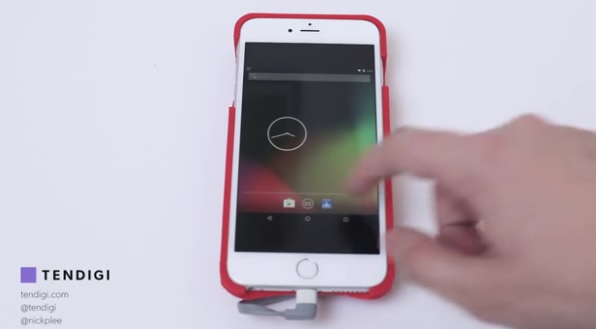 Home » Tech » Android on an iPhone – It’s Happening (Sort of)

It’s finally happened, although it took some creative hackery. Someone has finally gotten Android on an iPhone. If you have been thinking about Google’s Project Fi, but can’t bear to give up your iPhone, this new iPhone case may be for you!

You can watch it in action here:

And if you’re curious, read all about Nick’s process on Tendigi’s blog page.

Also, in case it wasn’t clear, I doubt this would be a way to get Fi on the iPhone, since I don’t know exactly how this would handle the T-mobile/Sprint crossovers, but it’s still pretty interesting.