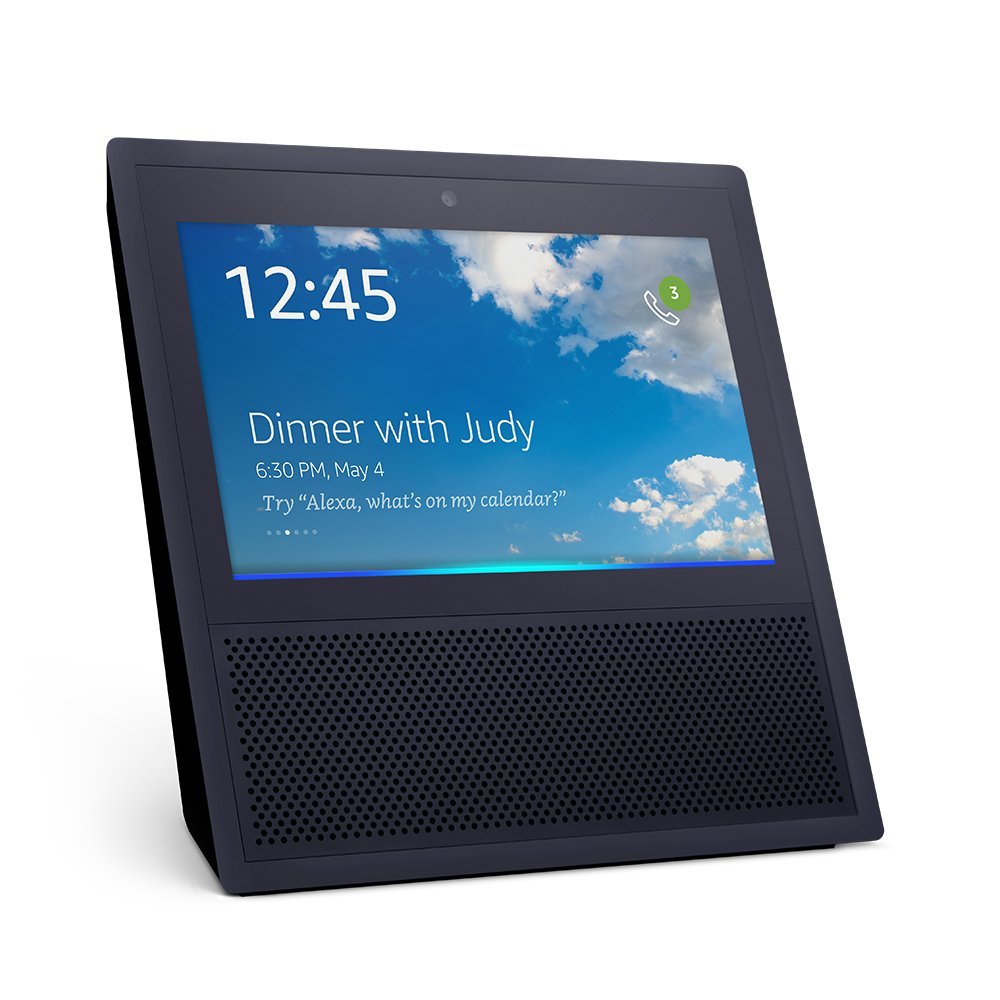 Some interesting developments for the Amazon Echo line of products in the past few weeks!

The first one, announced a couple of weeks ago was the Echo Look. This is, I guess, a fashion lover’s dream, with a camera that can be controlled by your voice and the ability to check your look with both machine-learning (that learns what you like and what you look good in) and fashion specialists.

This also features all the other Echo features, including reading audiobooks, playing music, and skills from a wide range of 3rd parties. Right now the Look is only available to Prime members by invitation. The actual release date has not been announced.

The newest one, just announced today and set to be released on June 28th, is the Echo Show. This is similar to the original Amazon Echo, but now includes a large 7-inch touchscreen to show a wide variety of content. The Show also includes a front-facing camera and a pair of stereo speakers.

One really neat feature of the Echo Show – you can do video calls with other Shows or phones/tablets with the Alexa app. It looks like you’ll also be able to use the Show as a fancy video camera/intercom both on your network and for other close friends/family.

Like the Echo Look and other Echo devices, the Show will also do all the “normal” Echo functions and can use a wide range of 3rd-party skills.

While I have greatly enjoyed using my Echo Dot, these two new devices open up one big can of worms – they both feature cameras. While both of them have hardware controls to turn off the camera, this feature will be of little concern to those that keep tape over their laptop camera. The idea that the Echo and Echo Dot’s always-on microphones (although they also have hardware buttons to turn off the mic)

The idea that the Echo and Echo Dot’s always-on microphones (although they also have hardware buttons to turn off the mic) has been very disconcerting to some privacy advocates, it doesn’t appear to send information back to Amazon when the wake word isn’t used. Of course, it also sends data encrypted, so the exact contents of what it sends back remain unknown. Having a camera in an always-listening and

While having a camera in an always-listening and always-looking device will be too much for some, but remember this: no matter how you feel about the Amazon devices, 99% of people have a device with an always-listening mic, one or two cameras, plus GPS and a constant data connection in their pocket at all times. If you really feel that Amazon Echo devices are violating privacy or going too far, you probably want to get rid of that smartphone in your pocket, too.