Skip to content
Home » The Google Pixel C – What’s Up With That?

When Google announced the Pixel C – a combination tablet/laptop similar to a Windows Surface or Apple iPad Pro, but running Android and not ChromeOS – it seemed like a bit of an odd announcement.

The “Pixel” name is used for high-end Google-designed hardware devices. It has recently been used for the top-of-the-line Chromebooks which are similar to the old netbook computers that were almost popular in 2008 and 2009.

Chromebooks run an operating system called ChromeOS, a Linux-based operating system that allows the use of web applications, the Chrome web browser, Android apps, and some basic file management utilities, all on relatively low-powered hardware. The advantages of Chromebooks and ChromeOS are increased productivity (especially in multitasking) with lower hardware requirements and a lower price point than many comparable tablets. Most Chromebooks are below $300, although the top-of-the-line Chromebook Pixel started at $999 – an incredibly high price compared to most Chromebooks, but the hardware was also miles ahead of most.

So, when the Google Pixel C was announced, it seems like a bit of a step back for the Pixel hardware line. After all, Android has no real native support for multi-window (though there is an experimental multi-window in Marshmallow) and Google’s tablet software (and Android developer support for tablet form-factors) is, honestly, a bit of a mess. Many apps (Google apps included) have no tablet-specific interfaces at all, and of those that do, many are just “stretched-out” phone apps – showing more information (which can be useful) but providing no extra functionality.

Of course, being an Android fan, I was hopeful that this just meant that the release date of the Pixel C (Dec 8) meant that some sort of an update or new tablet-specific features would be present on the Pixel C. However, that date has come and gone, and the current reviews of the Google Pixel C all mention the disconnect between the hardware and the software.

Ars Technica said this in the summary of their review:

No split screen support. Android can’t stand up to iOS and Windows when it comes to productivity…This tablet’s entire reason for existing—to run Android—is also the worst thing about it.

The Pixel team has mostly delivered something really good, the Android team has not.

A Work Tablet isn’t just a tablet with a keyboard. And right now, even the best Android tablet isn’t a great tablet—not until Google fixes Android. So here’s hoping Google forces every Android engineer to use a Pixel C full-time, starting right now. Maybe then they’ll see the potential, and build an Android worthy of this lovely tablet.

I mean – this is just a badly done or rushed-to-release product. Surely Google and Android engineers who work on and use Android (they do use Android, right?) had something in mind for this device than just larger versions of phone apps.

Of course, Android’s track record in the tablet department doesn’t give the most confidence.

Back with Android Honeycomb (the first version of Android to support tablets, and debuting on the 10-in Motorola Xoom) the on screen buttons were smartly placed on the bottom left of the screen, and the notifications were on the bottom right, making them easy to use while holding the tablet with two hands. A year or so later, the on-screen buttons for tablets were moved into the center of the screen – making them impossible to easily reach while holding on to the tablet with two hands. Additionally the notifications were moved back to the top, as they are on phones – again, making their use much more difficult. Thankfully, the Pixel C moved the navigation and recent apps buttons back to the corners – although the notifications are still located up top – but there wasn’t really a good UX or design reason to move them in the first place.

Tablets are a relatively new class of devices, and it’s understandable if companies don’t discover the best use-cases right away. But the above example is nowhere near the first time that Google and Android have released a device or operating system that seemed to be half-complete or missing software features.Devices like the Nexus Q, and Google TV devices, and software problems like the memory leaks (which are still present) in Android Lollipop and Marshmallow, the battery life on Android as a whole and Nexus phones in particular, and the all-to-common ‘jank’, or stuttering animations while navigating on the device, are all examples of this behavior.

Apparently Google may have been feeling the heat with the numerous and consistent negative reviews, since they sent the Pixel team to do an AMA (Ask Me Anything) on Reddit yesterday – just one day after launch. It predictably didn’t go that well, with the team mostly giving canned PR-like responses. Reddit user vertigo3pc summed up the AMA quite nicely:

Why is the software no different than standard Android devices?

Because we’re working on the software now!

So how will the software be different?

We can’t tell you! Wait for N

So why buy it now?

Because it’s a Pixel C!

… Which costs more and doesn’t stand apart yet.

It definitely will, once N is announced!

So we should buy a tablet with hardware benefits only, at a price point matching more full featured devices, in hopes that an unannounced software update in 3-10(?) months will make it stand apart from existing tablets half the price?

And we can’t tell you how!

Even the hardware – which is the point of the Pixel line of products – shows some very strange decisions. According to lots of reviews, the feel and construction of the device feels solid, and the magnetic keyboard docking is pretty neat and heavy-duty (check out this part of the announcement video), but Bluetooth devices can be notoriously flaky and inconsistent, and the Android version of Bluetooth isn’t exactly the most reliable of implementations. Both the iPad Pro

and the Microsoft Surface Pro 4

use physical connections between the screen/tablet and the keyboard. There’s a reason for this – if you’re making a productivity device (which the Pixel C is marketed as) you need to be productive, not dealing with dropped Bluetooth connections every few hours or days.

Both the Surface and iPad Pro also have a stylus, and while you can use a passive stylus with the Pixel C (as you can with any capacitive touchscreen device), but there is no built-in digitizer for an active stylus, nor is there any sort of palm rejection for writing on the screen. This means that the pressure and angle sensitivity isn’t supported, accuracy will be lower, you’ll have to avoid touching the screen with your hand, and there’s no “hover” mouse cursor-like effect possible.

Other screen issues include its odd ratio of 1:1.414 – this may be an advantage in the future, however, since dividing this aspect ratio in half (ahem, multiscreen) maintains the same aspect ratios for both sides – and at least on review (Ars Technica) mentioned numerous problems with the touch screen registering inputs or interpreting taps as swipes and vice-versa. This could be a particular problem with one unit, but it certainly isn’t what you expect out of the box from a new device.

Four microphones arrayed at the top of the device – and yet no always-on Google Now functionality.

The tap-to-wake function that was present in Googles other most recent tablet, the Nexus 9, is also gone. There’s no fingerprint sensor either.

Storage sizes start at 32GB (yay!) but only goes up to 64GB (boo!), and there is no SD card slot for expandable storage.

If you’re looking for a versatile device in this segment, a Pixel C seems to be about the worst use of your money, at least, until Android catches up with the hardware. Until then, the Surface Pro 4

(or even the Surface Pro 3

) or the iPad Pro

are better choices – though more expensive – if you need a touchscreen and a keyboard in a laptop form factor that you can actually use to get things done. Or you could go for one of the Chromebook Pixels, if you must give Google your money.

Maybe when Android 6.1 (or 7) comes out, things will be different, but for right now, stay away.

This great post by Ron Amadeo sheds some very interesting light on the Pixel C OS situation – it may be that the Pixel C was never intended to be released with Android at all, similar to the Nexus 6 – which was likely part of the planned Android Silver program, and then when the head of that program left, it was rolled into the Nexus line of products, where its price was much higher than other Nexus phones (at the time). 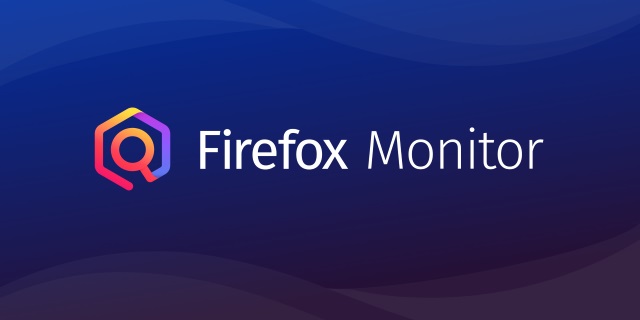 While you should have your own website, there’s one danger of using your custom domain email address that is important to know.