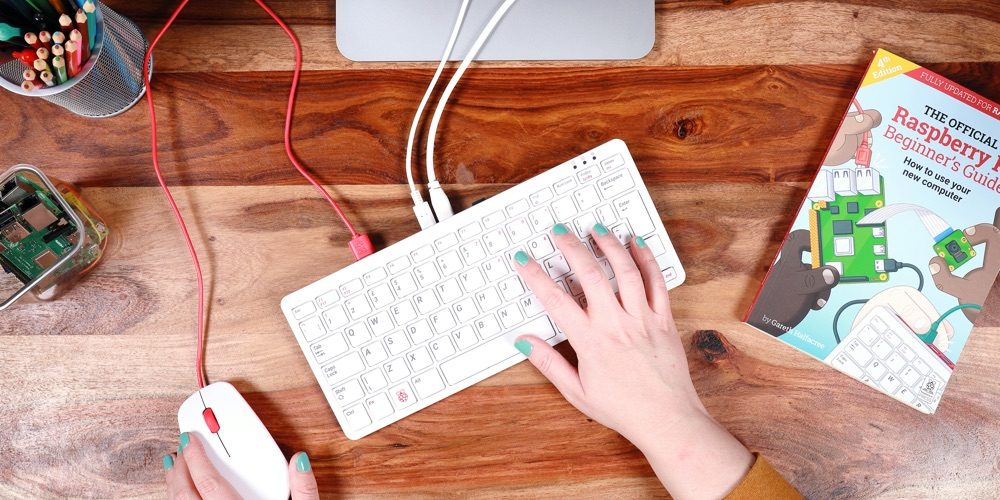 It’s no secret that Microsoft and Windows 10 have been having quite a rough patch.

Even the patches don’t go as planned, with reports just about every month of things that are broken. This has led many to delay applying these patches, but that makes networks, systems, users, and data vulnerable to all sorts of malicious software.

This is not going to be about how you should either buy an expensive Mac, or try and white-knuckle your way to dual booting your computer without losing all your data (do you have a backup?).

But if you’re thinking about making a move off of Windows, a new Raspberry Pi product may be the ticket.

While Raspberry Pi’s have been around for several years, until the release of the Raspberry Pi 4 this past June, they haven’t really been the most suitable for a desktop computer replacement.

The Raspberry Pi 4, though, is about forty time more powerful than the original Raspberry Pi. It can also be outfitted with different amounts of RAM based on your needs.

The Raspberry Pi 4 still comes as a single-board computer, though. This requires the user to supply a case, SD card (with appropriate OS image), power supply, and keyboard and mouse. While it was relatively easy to get set up, the idea of “assembling a computer” still turns off a large number of potential users.

However, a new product – the Raspberry Pi 400 – aims to take away some of that trepidation and could introduce Linux to a much larger audience.

The Raspberry Pi 400 is a Pi 4 with 4GB of RAM (the max configuration) integrated into a compact keyboard. The standalone Pi 400 costs $70 (less than some keyboards) and a Pi 400 kit that includes the Pi 400, a power supply, mouse, HDMI cable, and SD card with Raspberry Pi OS pre-installed costs $100. The kit also comes with a Raspberry Pi Beginner’s Guide, to help get you started.

Raspberry Pi OS is a “flavor” of Linux based on Debian Linux. This means that it shares the same basic filesystem and terminal commands as Ubuntu. Ubuntu is one of the most highly-rated “intro” versions of Linux.

Raspberry Pi OS comes preinstalled with a range of applications – Firefox web browser, LibreOffice office suite, GIMP image processing, Inkscape vector graphics editor, Thunderbird email client. This collection of software is a great example of the free and open-source software available for most Linux OSes. Most home and office jobs can be accomplished using these programs.

It’s also a great introduction to the world of Linux. You can install different Linux “flavors” and see the vast array of options in the Linux ecosystem. And if you screw stuff up, you can simply wipe the SD card and reflash it with Raspberry OS. You can even have SD cards with different OSes, and swap them out to see which you prefer.

All-in-all, this seems to be the perfect introduction to Linux. If you’ve been wanting to get off the Microsoft train, but didn’t know how, you should try out the Pi 400.

Misuse of 3rd-party merchant data shows the dangers of selling on Amazon.